Why Is Everyone Moving to Phoenix in 2021?

It’s no secret that Arizona is quickly becoming one of the top destinations to move to in the United States. People from all over are attracted to the comfort and low living costs Arizona provides. Especially those who are moving from states with higher costs of living such as California or New York. Phoenix has an abundance of homes for rent, and for the migrating population, plenty of homes for sale. The pandemic has created a firestorm of migration across the country, as the workforce settles into working from home, their needs have changed dramatically. Many are questioning their locale of living, and pulling up their roots, and moving to more affordable regions, where you can get more home for less money.

This is why Arizona snagged the second-highest inbound moving state percentage (64%) while seeing only 36% outbound moves. And this is not a new trend. Arizona has seen inbound moving percentages above 60% and outbound moving percentages below 40% since 2014! In fact, 70% of Arizona’s adult population was not born in the state. Yet, they choose to make Arizona their home. It’s clear that Arizona is becoming a hot spot for people looking to relocate, find beautiful Phoenix homes for sale, and settle down in the beautiful Arizona desert. This trend doesn’t appear to be slowing any time soon. 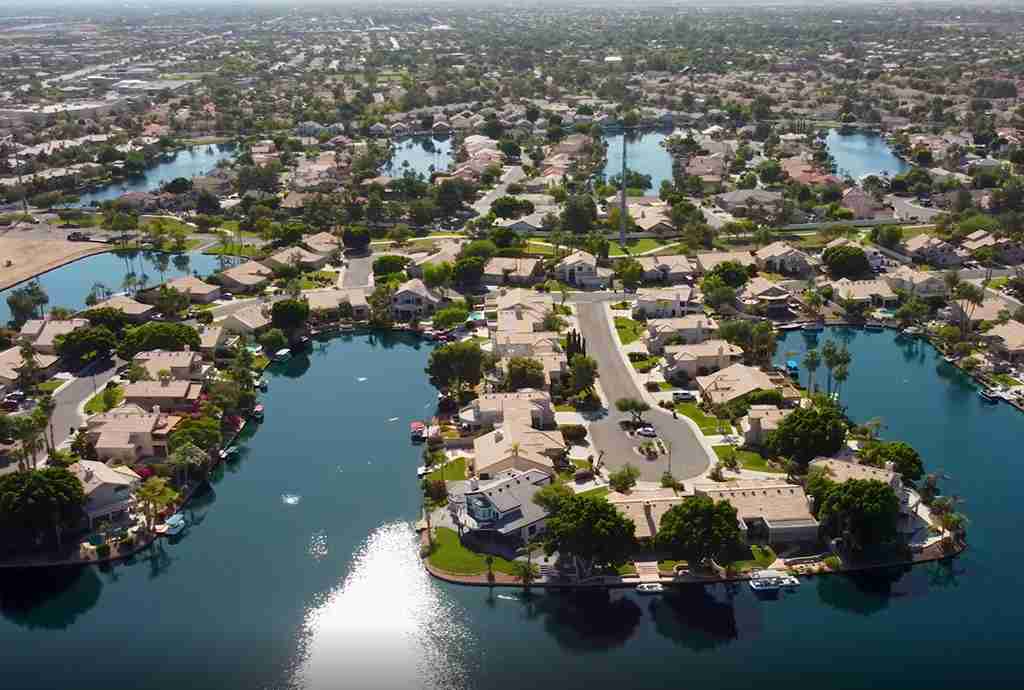 Who Is Moving To Phoenix?

People from all over are migrating to the Southwest to settle in the sunshine state of Arizona. No matter what you’re looking for out of your new potential home state,  Arizona has something to offer everyone. Homes for sale in Phoenix are incredibly diverse in style and function.

The weather alone is a significant factor for many people who decide to move here. Which is another motivating factor for residents of California, in particular, who are looking to move somewhere less expensive but don’t want to compromise on the nice weather.

Year-round sunshine is also a huge plus for those who are retirement-ready and don’t want to risk injury in colder weather or even those who are just tired of having to shovel their driveway every morning for months of the year. Arizona provides a dry, sunny climate that will remove the hassle of shoveling, driving in, or just plain dealing with cold weather conditions.

Let’s start a conversation today. We want to address all of your concerns and answer all of your Phoenix Home Buying questions.

These factors make it appealing for people who are looking to retire. Not to mention the fact that Arizona, like Florida, is already a major retirement destination that hosts a plethora of retirement communities all over the state. But this doesn’t only attract those who are ready for retirement right now. It also lures in many people that are part of the baby boomer generation and are looking to make retirement plans in the near future.

In addition to the beautiful year-round weather, Arizona is known for its affordable, low living costs. Now, if that doesn’t sound appealing to people of all generations and tax brackets then I don’t know what does.

Specifically, though, Arizona is also luring younger generations who want to purchase their first home or start a family. Living costs in other states can make it hard to ever own a home even if you bring in a six-digit income. This is why many young families are looking to start their lives in Arizona where home prices and living costs are more affordable, giving them the opportunity to also save for the future.

This low cost of living is attracting more than just people though. It’s also attracting companies. In fact, Phoenix is being coined as the “Silicon Desert” which is the new version of California’s Silicon Valley. So, it’s no surprise that companies such as Intel, Amazon, PayPal, and Google have expanded into the Phoenix area in recent years. With the inbound flow of thousands of new employees, the Phoenix economy grows, and those employees seek places to rent and homes for sale in the Phoenix market. Here’s a write-up we did about the different styles of homes in Phoenix.

This is providing many new job opportunities for those living in the state, and causing the job market to expand exponentially. In 2019 alone the state of Arizona created 84,400 new jobs, ranking second in the nation for job growth! Which is encouraging people outside of the state to move to Arizona and capitalize on these job opportunities. 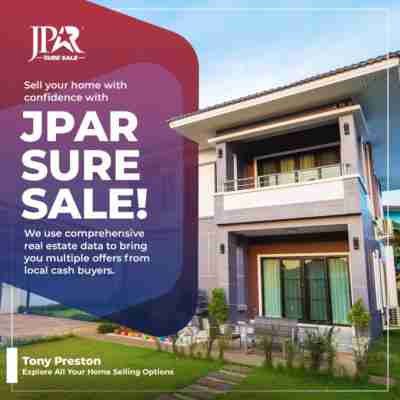 Sell your home with confidence with the JPAR Vantage Sure Sale Program. 3 convenient programs to sell fast!

3 Reasons Why Everyone is Moving to Phoenix in 2021

Cost of living is the biggest driving factor in this country-wide migration to the state of Arizona. It’s not news that Arizona has a low cost of living that residents often boast about. However, just how low is this cost of living in comparison to the other states that people are moving from? Well, California is 29.3% more expensive than Arizona.

What about renting? Similar to the costs of buying a home, rental prices are also significantly lower in Arizona. To check and see what the renting market in Arizona looks like in comparison to other states let’s look at the average rent per square foot for apartments.

When it comes to taxes Arizona is also a stand-out state. Income tax in the state of California averages about 9.3%. The income tax in Arizona on the other hand averages out to less than half of California’s rate, once again, at 4.17%. Sales tax also differs between the two states. Arizona holds a sales tax rate of 6.6% while California holds a rate of 7.25%. 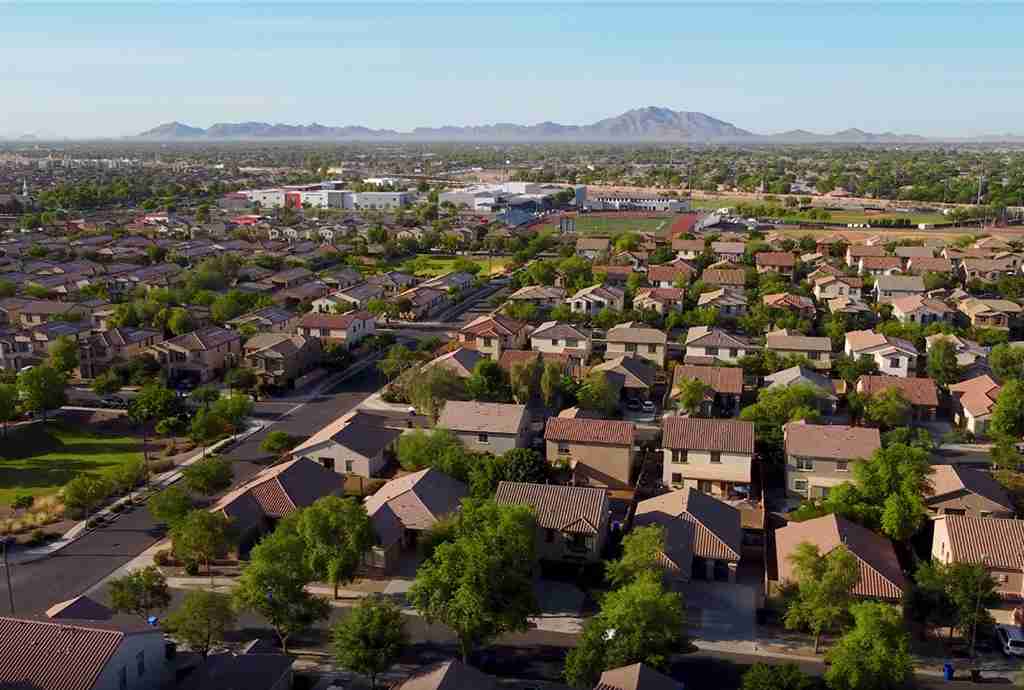 Arizona is known worldwide for its red rock beauty, drawing in hundreds of thousands of tourists per year to see some of these state attractions. The Grand Canyon alone is visited by an estimated 5.9 million people per year! Living in the state will give you easy access to this world wonder as well as many other natural parks that will even rival the Grand Canyon with their beauty. Antelope Canyon, the Painted Desert, and Havasu Falls are beautiful examples just to name a few.

Arizona is also a golfers paradise. There are over 300 golf courses in the state. So, you’ll never run out of courses to choose from. Plus, the temperate winters allow for year-round golfing that many people travel to the state for. Hence why the PGA, LPGA, and Senior PGA all stop in Arizona every year.

Aside from the natural wonders of Arizona, the urban development is becoming more and more attractive as well. Phoenix is the fastest-growing city in the United States. Consequently, this is allowing urban cities such as Buckeye, Scottsdale, Chandler, and Gilbert to flourish.

New people, new businesses, and new development are abounding all over the state. Which is bringing in world-class dining experiences, sporting events, cultural events, and other attractions such as concerts and festivals into the state as Phoenix claim its title as a major US city.

Individuals looking towards retirement are naturally starting to gravitate towards Arizona and for good reason! As mentioned earlier, Arizona has low tax rates which makes the cost of living much more affordable in comparison to other states.

An added bonus for those looking towards retirement is that the state of Arizona does not tax on Social Security. That’s why it’s no surprise that Arizona already has a strong retiree community established in the state. In fact, about 18% of the residents in Arizona are of age 65 or older.

In addition, Arizona provides a warm, sunny climate year-round. This is a plus for anyone moving into this state, but especially for those in the retirement phase of life. The climate in Arizona eases any worries about slipping and falling on icy driveways or having to shovel the walkway every morning. Not to mention the warmer weather is also easier on joints and can provide a more comfortable lifestyle for those with conditions such as arthritis.

Arizona is becoming a hot spot for people looking to relocate all across the United States. It’s clear that this is not just by chance, but for a very good reason. Arizona provides affordable living and home prices that are welcoming to young families and retirees alike. Charging half of the average for rent, mortgage, and taxes when compared to some other states.

In addition, the beautiful, sunny year-round weather offers both health benefits and overall lifestyle convenience. Both the weather and the affordable living costs are why even major corporations and recreational events (concerts, festivals, seminars, sporting events, etc.) are choosing Phoenix as their destination city.

If great weather, high-class dining experiences, affordable living, and beautiful natural attractions are at the top of your list for your next move, then Phoenix could be your new home too!

Download The Ultimate Guide To Buying A Home In Phoenix, and get a head start on the experience of buying a home in the Phoenix, Arizona area.

All rights reserved. All information should be verified by the recipient and none is guaranteed as accurate by ARMLS. Information deemed to be reliable but not guaranteed. Listing broker has attempted to offer accurate data, but buyers are advised to confirm all items. Only IDX residential listings are displayed on this site. The information being provided is for consumers’ personal, non-commercial use and may not be used for any purpose other than to identify perspective properties consumers may be interested in. Information last updated on December 25, 2020 11:28 AM UTC

First time here? Welcome!
Just a few more details to get you started.
Go to Top